Will ‘Global Britain’ be a hardsell to British companies? The UK in a Changing Europe, May 2020

Are the banks strong enough to withstand the coronavirus crash? The Conversation, March 20, 2020

Inside the machine: How two Nobel winners taught us how companies tick, The Conversation, October 17, 2016

George Osborne’s ‘march of the makers’ will need Europe on its map, The Conversation, January 30, 2016

Bonuses influence where bankers go but it’s not all about pay, The Conversation, December 1, 2014

Political class has cashed in on popular outrage against bankers, Financial Times, February 1, 2012

Perhaps it is time to talk about a publicly owned savings bank, Financial Times, October 19, 2010

Phone interview (on cost of living crisis in the UK and the government’s policy regarding household energy prices), BBC Bengali Service, September 6, 2022

Banks and Brexit: Left Out in the Cold, Chartered Banker, April/May, 2018

Banker pay rebounds but only for a few, Financial Times, May 2, 2015 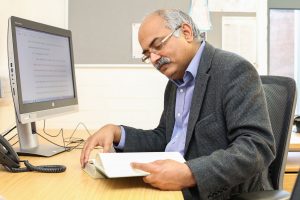